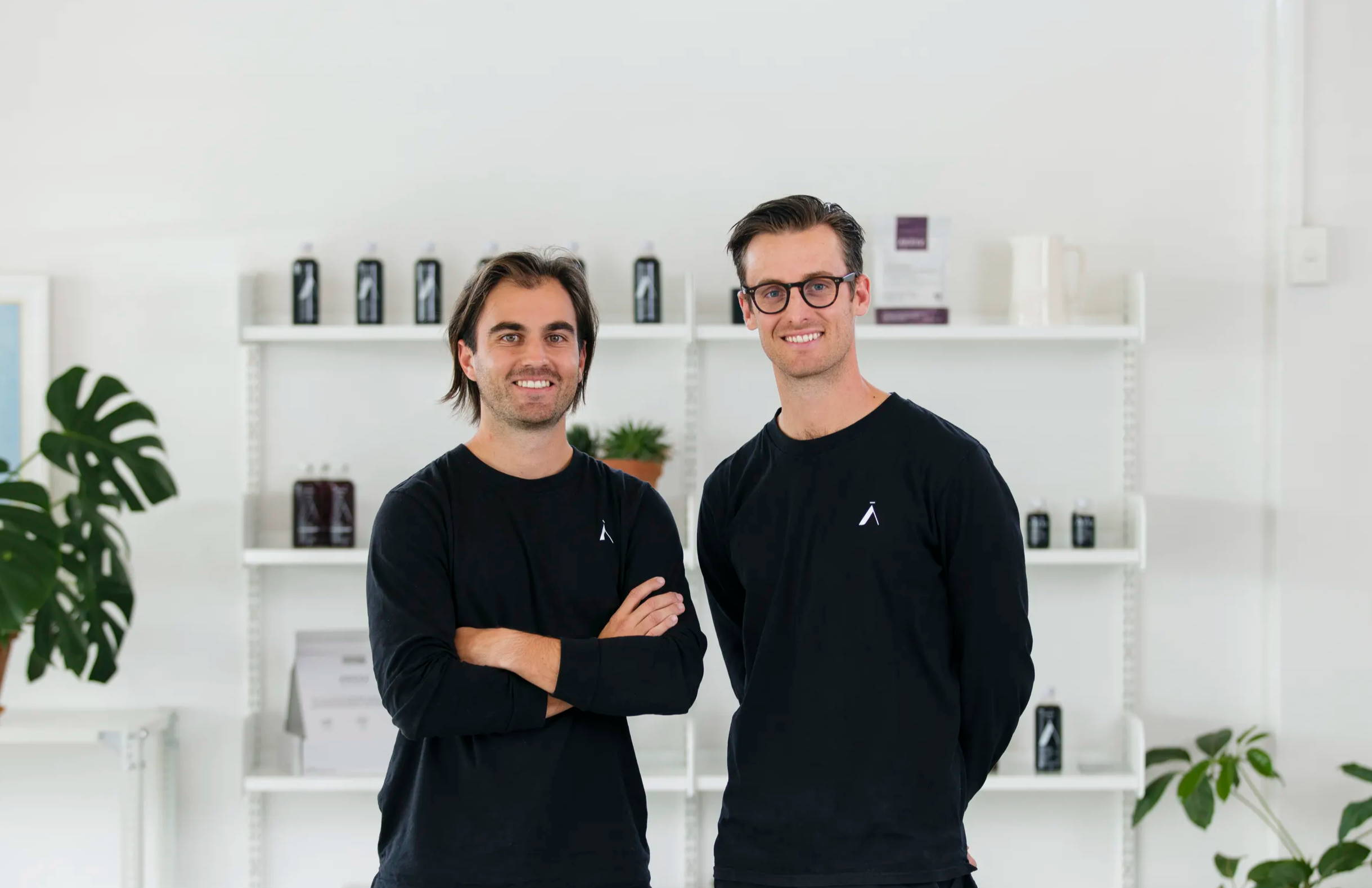 Angus Brown’s fresh-out-of-uni job selling New Zealand’s and Australia's most popular energy drink was powering along nicely when he realised that not everything about that highly caffeinated beverage sat well with him.

“I saw the rise in sales of fizzy drinks and began questioning if I was doing any good selling high-sugar, high-caffeine drinks to young people. “I wondered why we couldn’t make something that was good for the brain, good for health and good for mental wellness.”

Angus had become acutely aware of the importance of mental health after losing a friend in his teenage years, then two grandparents, to brain-related illnesses. He started wondering if a beverage could help mental wellness and if it could be made from unique New Zealand ingredients. 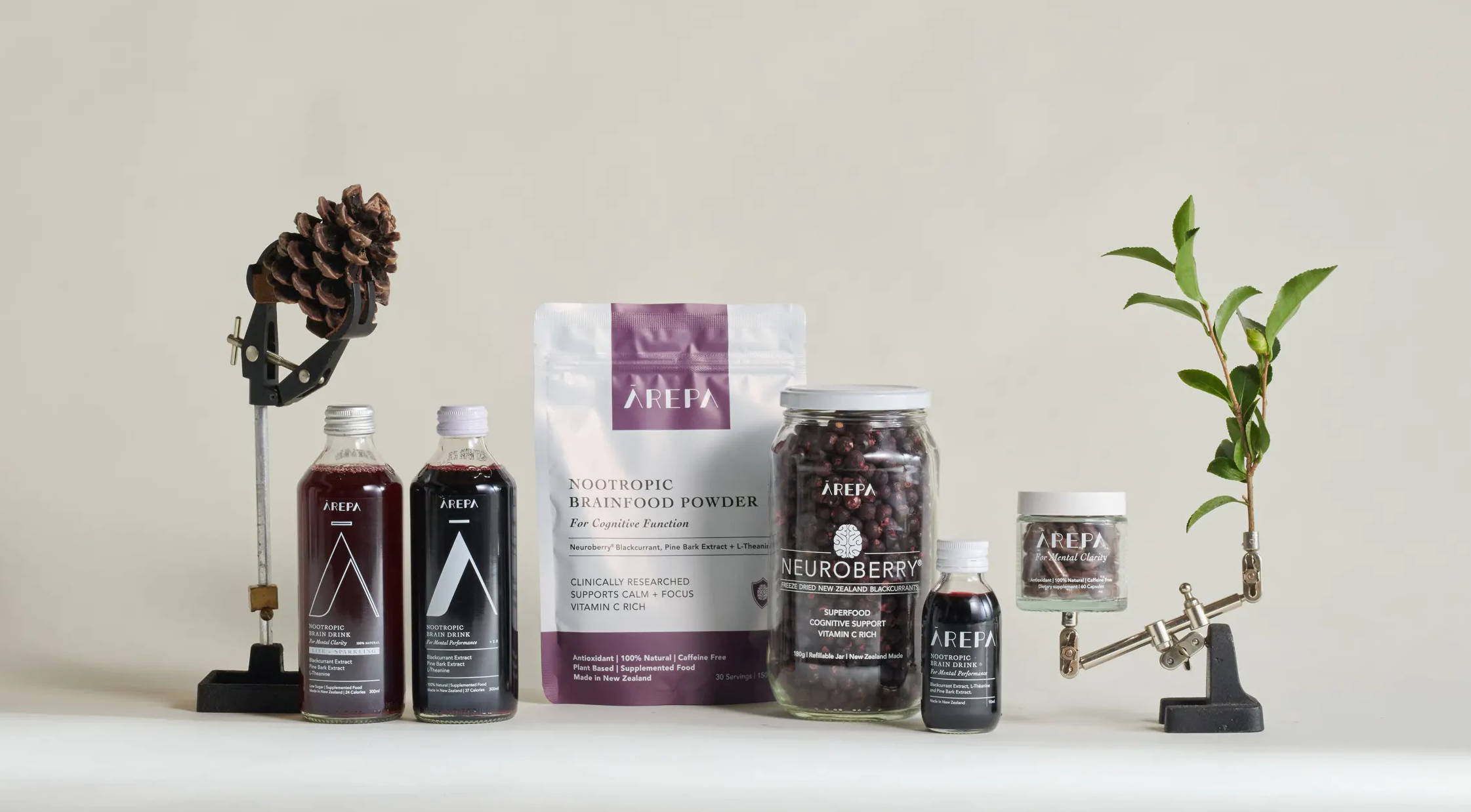 His great mate from university, Zac Robinson, was equally interested in creating a drink that could help mood. He, himself, was some way along the road of mental stress thanks to high-powered design roles (initially in Australia and then with Arrival, the London-based Nasdaq-listed Hyundai-Kia-owned electric-vehicle company).

“I was a young designer in a stressful job with a lot of anxiety and I’d had my first panic attack. And then Angus said, ‘Let’s make a drink that can reduce anxiety and help improve mental health.’ I thought, ‘I need this myself.’”

After persistent efforts, they engaged the attention of a professor of human psychopharmacology (based in Melbourne), who was hired to optimise the formula and begin the scientific research required to back the claims for benefits they hoped the beverage could offer consumers.

Ārepa, which is te reo Māori for “alpha”, a word chosen for the unique frequency of alpha waves found in the brain, is now a vibrant brand of several beverages, a powder, capsules and freeze-dried blackcurrants.

Ārepa products are sold in 950+ supermarkets throughout Australasia, specialty food stores, cafés, restaurants, and an online store that grew rapidly during the lockdowns of 2020.

"While there are no magic bullets, there is science to show that Ārepa products can affect mood, attention and cognitive function similar to the impacts of caffeine without the side-effects.” 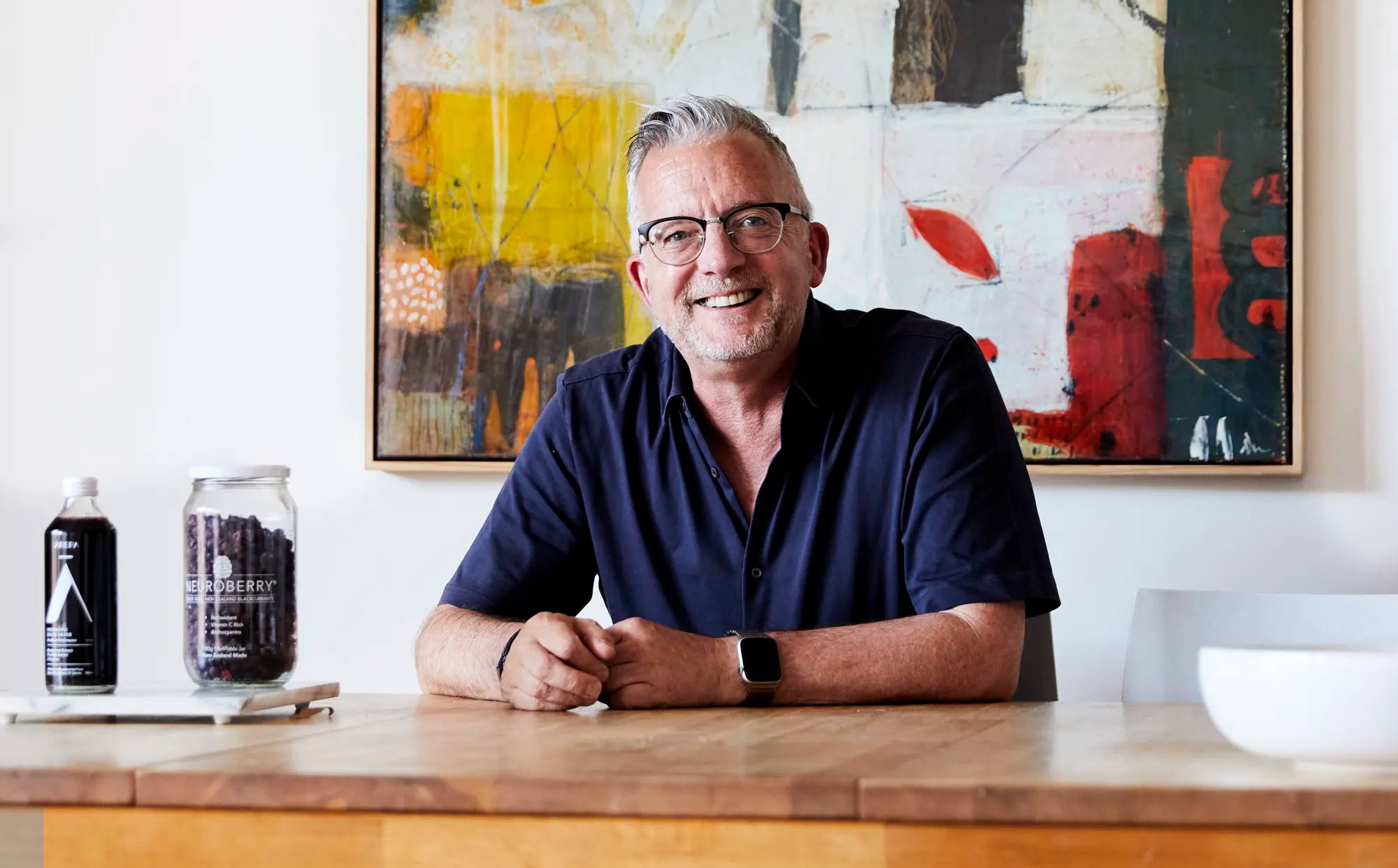 Professor Andrew Scholey, a botanical neuroscientist based at Melbourne’s Monash University (previously the director of human psychopharmacology at Swinburne University for 12 years), recently joined Ārepa as chief scientific adviser. He is impressed by the company’s focus on research and science. “There hasn’t been a blockbuster drug developed for the brain in decades. However, certain foods seem to nudge the brain processes in the right direction, including the Mediterranean diet. Blackcurrant (especially the variety used in Ārepa beverages and powders) looks promising as it can inhibit monoamine oxidase.

“This MAO-enzyme inhibitor effect — the same mechanism used in antidepressant drugs — shows there might be a role in preventing the breakdown of neurotransmitters. While there are no magic bullets, there is science to show that Ārepa products can affect mood, attention and cognitive function similar to the impacts of caffeine without the side-effects.”

A recent meta-analysis (a study of all the published literature) on New Zealand blackcurrants found their effects could boost sporting performance and outperform caffeine.

“At the end of the day,” says Zac, “we want to make brains work better and to prove it.The consumer has every reason to be cautious as they have been lied to in the past. We invest in science rather than marketing billboards.”

Ārepa currently has six clinical studies underway or near completion.

Neuroberry® blackcurrants have unusually high levels of antioxidants and polyphenols for a berry fruit, even higher than blueberries, raspberries and strawberries. This has shown to improve reaction speed and accuracy in an athletic population [1] Blackcurrants also have shown to help with cognitive performance [2].

L-theanine is a rare amino acid found in green tea which is caffeine free.Research suggests that it not only relaxes the mind, but it also does so without causing drowsiness [4]. In a review of five randomized controlled trials that included 104 participants, four trials linked L-theanine with reduced stress and anxiety in people experiencing stressful situations [5].

What Ārepa customers are saying:

I've been looking into the benefits of L-theanine with ADHD. Just tried these little beauties in the trial pack. Much improved focus, and got a tonne of work done!

I find the capsules are pretty good because they’re quick and easy to take. It puts me in a calm focused mood, where it’s easy to think clearly and solve problems - but without the "jumpyness" of caffeine and other stimulants. Best part is after I finish work it doesn’t keep me up at night and I’m able to have a good sleep.

BEST NOOTROPICS OUT! Guys you have hit jackpot and have life long subscribers in myself, my husband and my brother. So so stoked we found you guys. No need for coffee anymore. So focussed for work. Thank you so much!!!!

The Nootropic Capsules are out of this world! I pop just one of these capsules whenever I am feeling really run down, moody or suffering from anxiety brought on by peri-menopausal rampaging hormones and 30 minutes later I can have a complete personality change, back into some semi human again! I don't take them daily but when I do the difference is massive. I was sceptical about their potency when I was first given one but even my family around me would agree they seem to work really well. Now I recommend them to my friends who like me suffered silently for years trying to find anything that would help or make even the smallest of differences. 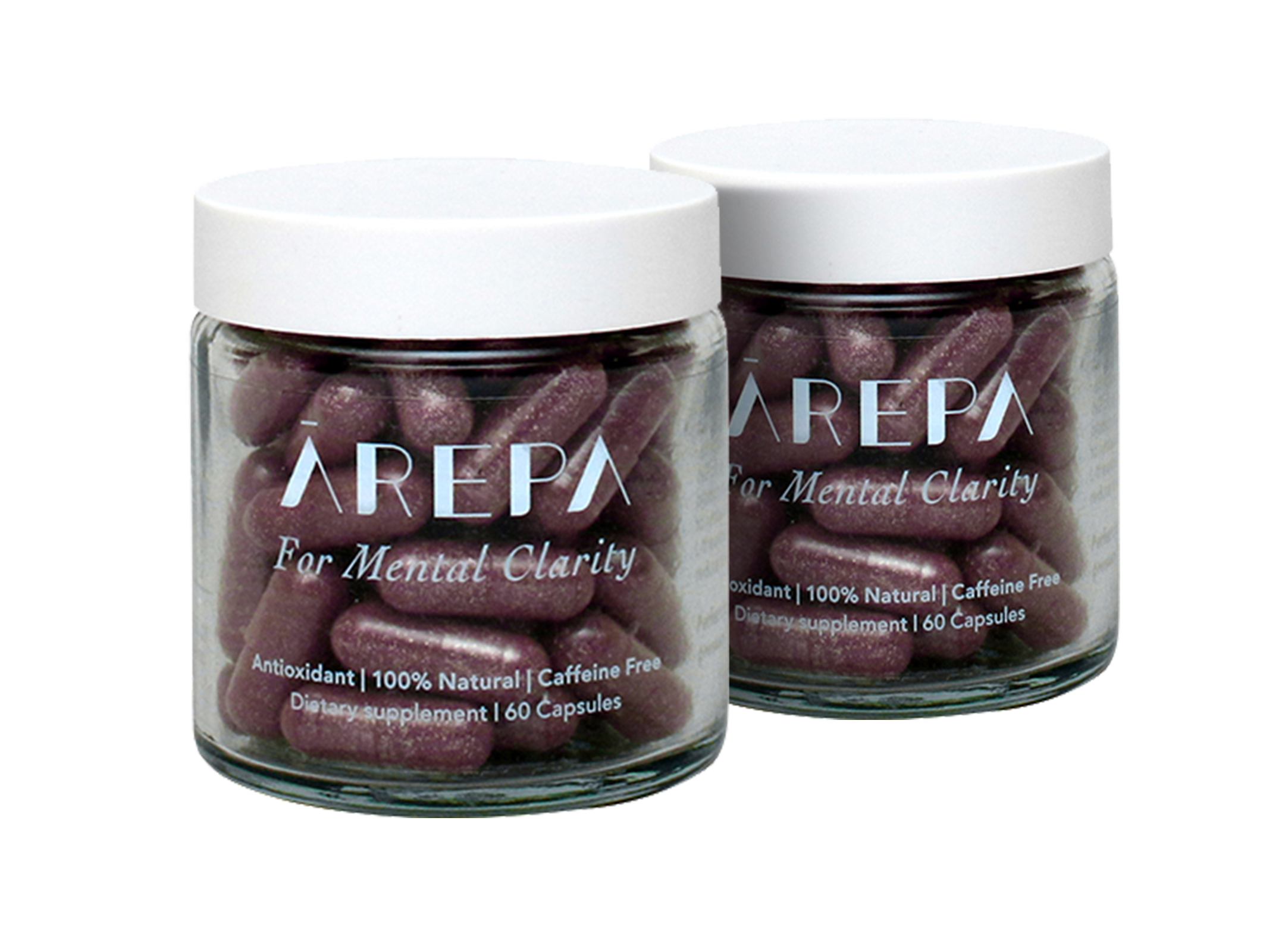 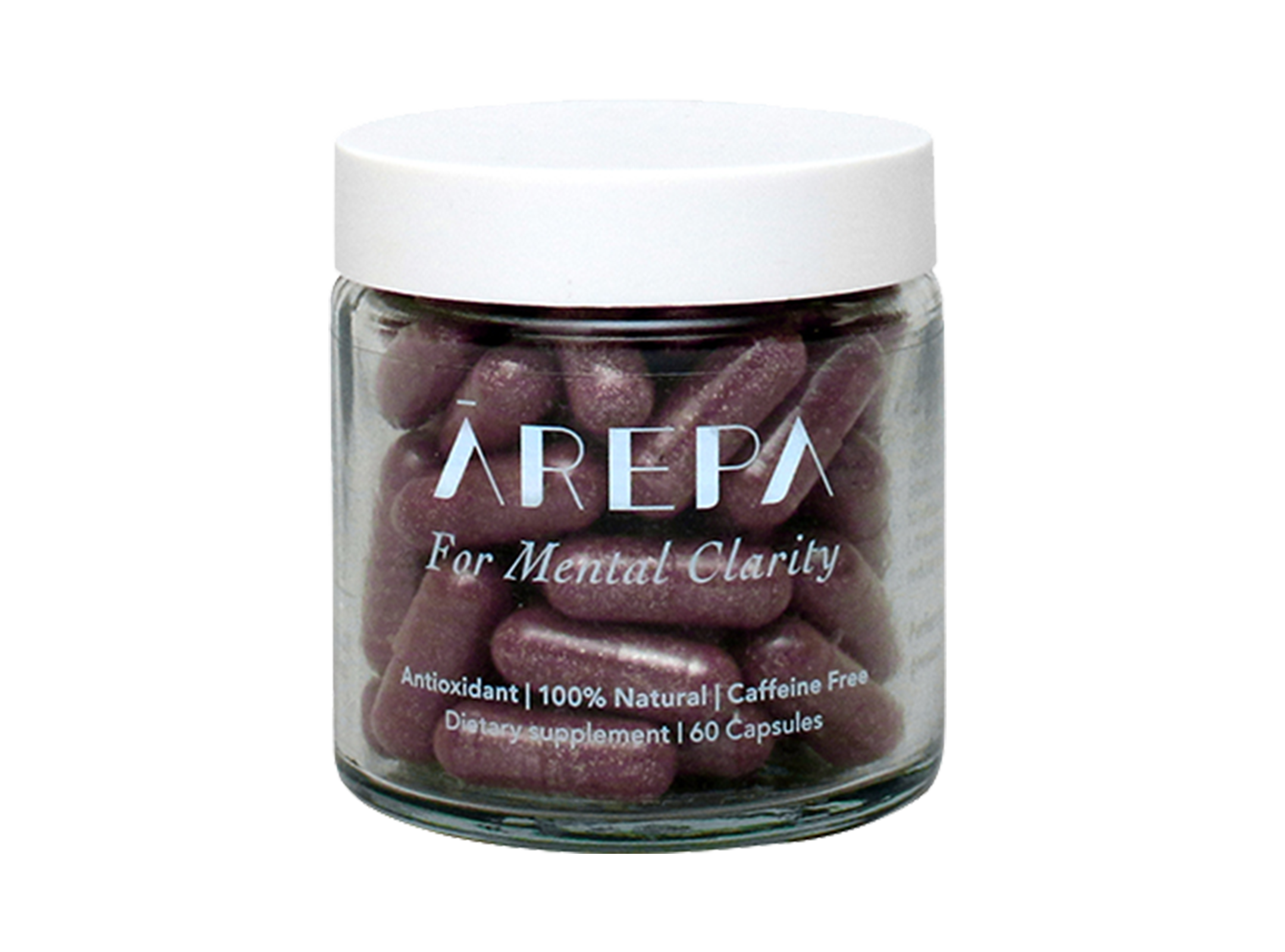